Defining Business Forms: A business form at it’s most basic is a document that is used to collect, store, or transfer information that can be used to manage business or other processes. It is usually printed on paper and has collection fields printed upon it for information to be entered in.

Unit set forms, also called snap-out forms, are identified by the fact that they have a glued, perforated stub that allows parts of the form to be pulled out of the set. The stubs may or may not contain line holes. They can be manufactured using carbonless paper (NCR) or as carbon interleaved sets. Some one part forms are perforated and then bound in books and are snapped out after use. Multiple part unit set forms are assembled into the correct sequence and glued together using a collator. The exception to this would be forms that are produced on pre-perforated paper using fan-apart adhesive. Fan-apart adhesive is specially formulated to stick only to carbonless paper, that is to coated front (CF) or coated back (CB) paper. It will not adhere to the uncoated portion of the paper, that is the face of coated back (CB) paper and the back of coated front (CF) paper. Once the adhesive dries the forms may be fanned apart into individual form sets.
Units sets may have stubs at the top or bottom, left or right hand side of the form. The form may also be have stubs left and right or top and bottom. The most common stub sizes for forms are 1/2”, 5/8”or 3/4”.
Both snap-out forms and edge-glued forms may be referred to as manifold business forms because they produce multiple copies at once when written upon. 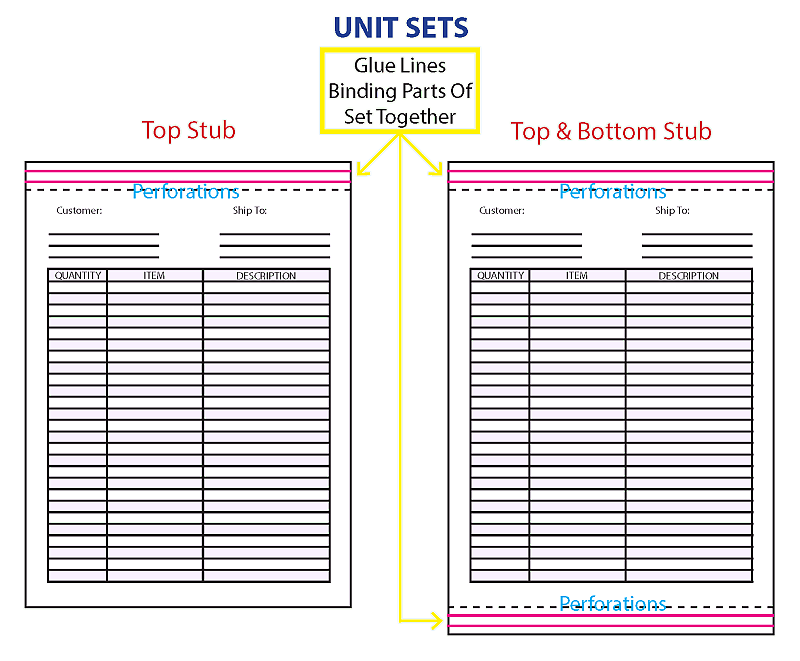 Edge-glue forms do not have a stub, but are bound together by a thin glue line at the edge of each part to the set. To remove a section of the form it is peeled away from the other parts. Multiple part edge-glue forms are assembled into the correct sequence and glued using a collator. These may also be done as fan-apart forms. 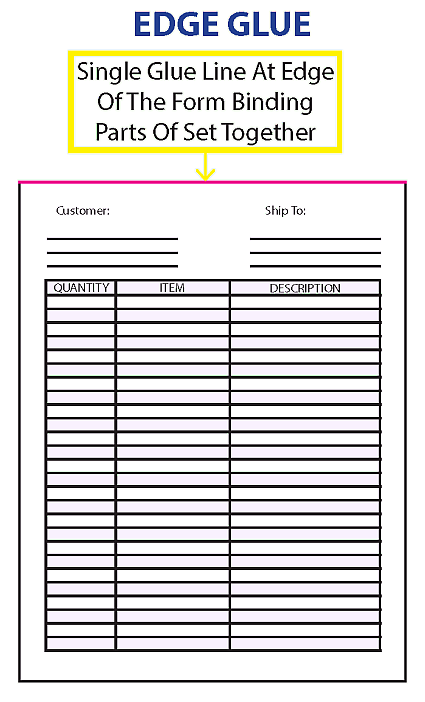 Cut sheet forms are run on the press with multiple copies printed on the sheet and then they are cut apart into individual documents. The documents may include letterhead, notepads, bank transactional documents and various one part forms. Included in this type of form would be laser cut sheet forms that have the variable information added by a laser printer.

SEF, Inc. does not manufacture continuous forms. This is for informational purposes only. 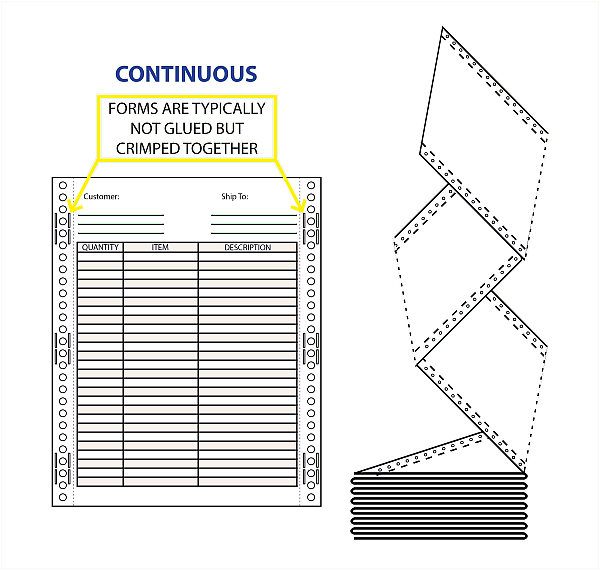